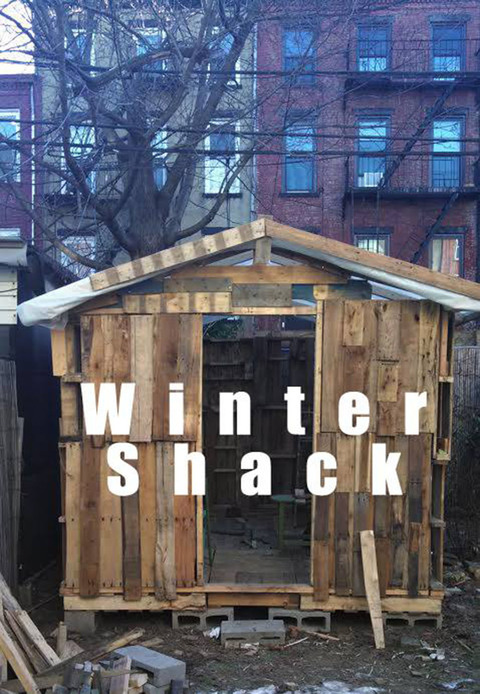 Winter Shack
Winter Shack was a seasonal 3-month long, temporary exhibition space built of reclaimed wood pallets found in artist Alex Branch‘s Bedford Stuyvesant neighborhood in Brooklyn, NY. In the fall of 2013, frustrated with the lack of space in New York City, Alex constructed the shack in her back yard calling it “Winter Shack”.
During the brutal winter months of 2014, Alex and filmmaker Nicole Antebi formed a collaboration and brought artists and writers together one night every other week to respond to one anotherʼs work, the winter, the architecture of the shack, and to encourage outdoor engagement.
The following winter season Branch and Antebi joined forces with Brooklyn Queens Land Trust and moved Winter Shack to a community garden. This formed a symbiotic relationship between the garden and the shack. The shack being active in the winter and the garden coming alive in summer. The project ran for 3 years and in addition to the curatorial aspect of the project, Branch began making architectural musical instruments and building them into the structure of the shack itself.
https://wintershack.org/